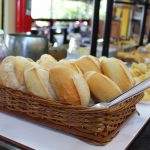 According to the FASEA website, “The Code issued by FASEA is a set of principles and core values that lays the foundations for a true profession to emerge.”

I know many financial planners won’t like that statement, given they already see themselves as professionals. They are highly qualified, experienced and have been competently looking after their client’s best interests for years. The purpose of the code however is to bring everyone the same professional benchmark. That outcome is hard to argue against. The challenge this creates is that it turns the advice profession into white bread from a marketing standpoint.

White bread is pretty much the same where ever you travel. It is white, it is bread and feeds lots and lots of people. There is however a problem in turning any profession into white bread – it makes everyone look the same. At first glance the approach is good for consumers; it holds every practitioner to the same standards and values. This also provides legislators with the ability to tick their box too; they’ve done their bit to supervise how the profession works.

Of course this isn’t to say the words used within the values and 12 standards and values aren’t important. They’re great words for building the profession as a whole, and it would be great to see FASEA and others, perhaps the FPA, AFA doing some reputation marketing for the advice category. The promotion of the new code of ethics to consumers would provide value for everyone remaining in the profession. Historically though we’ve not seen this occur, and it may not now either.

But to stand out from the crowd, especially a crowd that now all looks the same you need to differentiate yourself and your business. Traditional heavy weights in the financial advice space aren’t what they used to be. AMP is not longer dominant force of nature and most of the banks are doing their best to exit their participation. Given these changing tides, there’s probably never been a better time to standard out from the crowd and take ownership of the new professional space the FASEA code will create.

So what plans do you and your advice business or group have to stand out from the crowd? Reputation and business development require effort and sometimes change. Here are some ideas from a previous post to get you started. Feel free to explore our articles for other ideas too.

The problem with holding the status quo is that you will become invisible and less relevant over time. If you’re hoping someone is going to choose your advice business just because they like the colour of your logo, it’s fair to say you’re not giving yourself a marketing edge. Perhaps it’s time to put some improved marketing and reputation plans in place and take advantage of the new FASEA marketing frontier.

Hi you're speaking with Peter who will be with you shortly. Welcome to AM WEEK. How are you and how can we help?